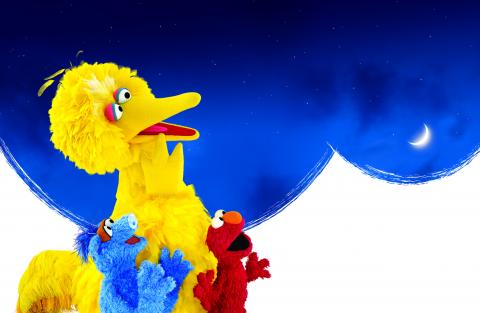 Join Big Bird, Elmo, and a new friend as they explore the sky over Sesame Street and learn how the sky is the same in different parts of the world. Big Bird teaches the students about constellations, and Elmo uses his imagination to travel to the moon and learn the ways in which Earth and the moon are different. This show provides an interactive and musical introduction to the stars for the youngest stargazers. Topics include the sun as a star, sunrise and sunset, constellations, the North Star, and the moon. This show is for pre-school to early elementary school audiences and runs approximately 25 minutes. An optional 15 minute star talk can be added on which will make the show 40 minutes.